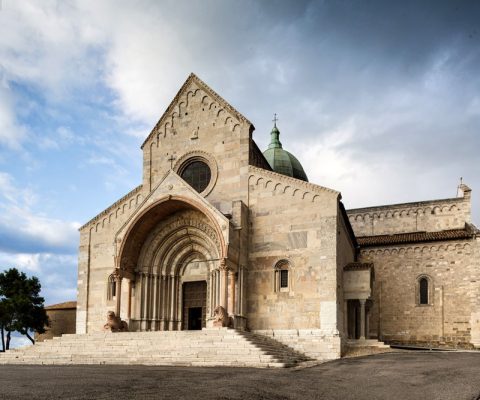 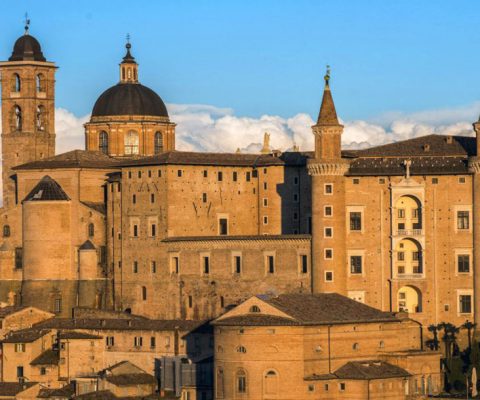 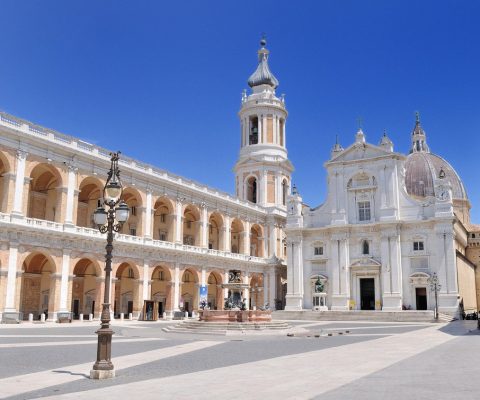 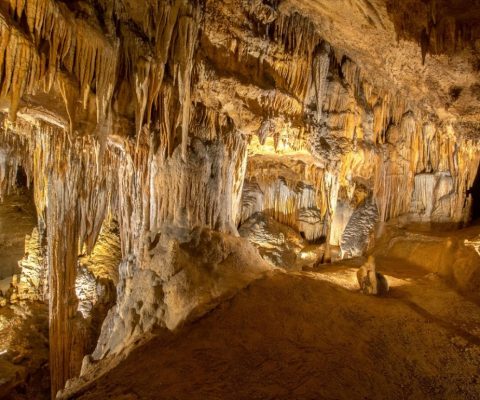 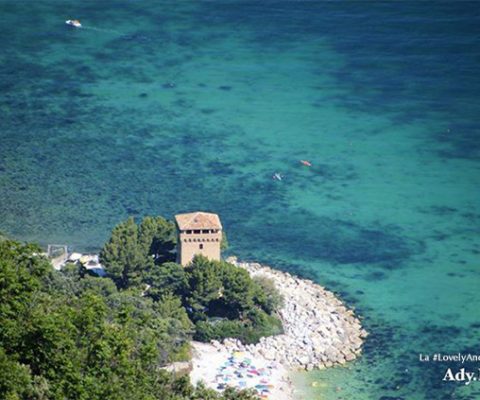 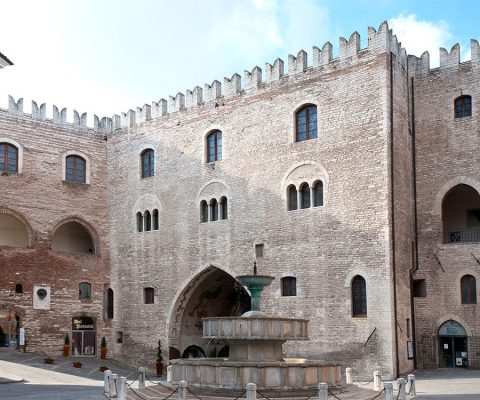 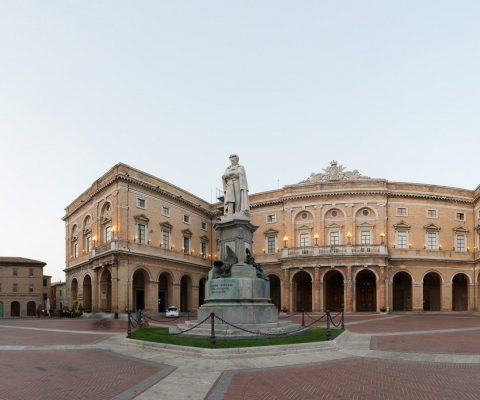 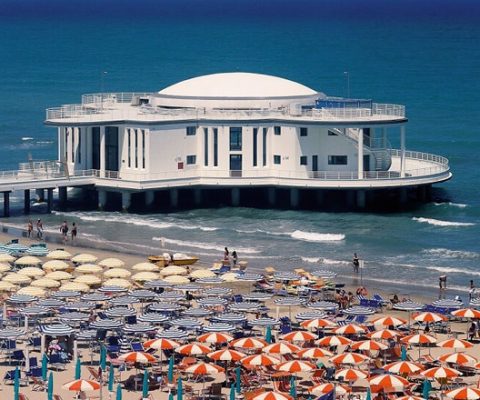 Marche are the perfect destination for Lonely Planet - one of the most authoritative tour guides of the world – and were included as second destination in the top 10 regions of the world ('Best in travel 2020 - Top regions'), being the only Italian region in the ranking. "After remaining in the background for decades, Marche are finally ready to be under the spotlight', says the guide, adding that "in 2020 the spotlights will be especially for Urbino, with the 500-year celebrations of the death of the great Renaissance painter Raffaello'. Marche are the only Italian region with a plural name, and a plurality of attractions is waiting for you during your stay at Lo Svevo. Here are some suggestions.

Grotte di Frasassi are underground karstic caves located in the Regional Natural Park of Gola della Rossa and Frasassi (which was awarded the European Chart of Sustainable Tourism) in the municipality of Genga, in the province of Ancona. The caves were discovered on 25 September 1971 by a speleological team of CAI (Italian Alpine Club) from Ancona. In 1972 the Municipality of Genga and the Province of Ancona created Consorzio Frasassi, a consortium dedicated to the protection and enhancement of the Grotte di Frasassi area. In the karstic caves, you will admire natural sculptures formed by the calcareous stratifications during more than 190 millions of years thanks to the action of water and rocks (Km 20 from Lo Svevo).

The capital city of Marche is an important harbour and sea town. Many tourists leave from here to reach Greece and Croatia by boat, but not all of them take some time to visit the city. Here is a list of some of the reasons why you should include Ancona in your tour. What to see: San Ciriaco Cathedral, Passetto and its beach caves, the Archaeological Museum, Lazzaretto and the harbor with the Trajan Arch (20 km from Lo Svevo).

Riviera del Conero is the cliffy rocky portion of the Adriatic Coast from the port of Ancona to Numana. It is named after Monte Conero, a promontory high up above the sea, and is rich in bays and small rocky or stony beaches. It develops along the coastline for about 20 km. The territory is protected by the Conero Regional Park, the first regional park created in the Marche region.

The most famous beaches and villages are: Portonovo, Mezzavalle, Le Due Sorelle, La Vela, Numana and Sirolo (Km 35 from Lo Svevo).

The history of Fabriano is so strictly related to paper that the Municipal Statute of 1436 prohibits the construction of paper mills in an area of 50 miles from Fabriano, as well as the teaching of the trade secrets to individuals who do not reside in the Municipal territory, subject to a fine of 50 ducats. What to see: Museo della Carta e della Filigrana (Museum of Paper and Watermarks), Museo del Pianoforte storico e del suono (Historical Piano Museum), Pinacoteca Civica “Bruno Molajoli” (Picture Gallery), Collezione Ruggeri Mannucci and Museo dei Mestieri in Bicicletta (Museum of Bicycle-Riding Crafts) (Km 40 from Lo Svevo).

Urbino stands out with is immense historical and artistic treasure among the softly sloping hills between the valleys of Metauro and Foglia rivers. This is why you will probably get lost, while you wander through the historical town center, looking up. Enclosed by brick city walls and decorated by sandstone buildings, the work of important artists converted the small village of Urbino into the “cradle of the Renaissance”. Today, while strolling through the historical district, you will still feel the 15th-century atmosphere. For such a special feature, Urbino was included in the World Heritage List in 1998. As recognized by UNESCO, the town was a point of attraction for the most illustrious scholars and artists of the Renaissance, from Italy and from abroad, who converted Urbino in an extraordinary urban complex. In 2020 Urbino will be under the spotlights and will celebrate 500 years from the death of the great Renaissance painter Raffaello (Km 80 from Lo Svevo)

An important destination for pilgrims, Loreto holds the Holy House of Mary of Nazareth, one of the most important treasures of Christendom. Here, among the humble stones of this modest house, Mary received the announcement that Jesus was coming. This is the place where the history of mankind started. Extraordinary persons, prayers, stories and suggestions gather around this place. A legend claims that the Holy House was flown by the angels from Palestine to the hill where the shrine is today. The Holy House holds the precious and famous black image of Our Lady of Loreto made of Cedar of Lebanon (Km 20 from Lo Svevo).

Situated in the central part of the Marche region, in a strategic position between the coastline and the hinterland, Recanati is a typical "balcony city" for its extraordinary panoramic view. It is the birthplace of Giacomo Leopardi, one of the greatest Italian poets, and Beniamino Gigli, a famous opera singer. Recanati was one of the ten finalist cities for the title of City of Italian Culture in 2018. What to see: Giacomo Leopardi’s house and the venues that were celebrated in his poems, such as Colle dell’Infinito, piazza del Sabato del Villaggio and Silvia’s house (Km 25 from Lo Svevo).

The first Roman colony on the Adriatic Sea, Senigallia is a famous summer resort with its 13 km-long golden sand shore known as “the velvet beach”. The visit starts from Senigallia’s landmark: Rocca Roveresca, a classical example of military architecture from the Renaissance. The tour continues with Piazza del Duca, with its lions and ducks fountain. Overlooking the square is Palazzo del Duca, built by order of Guidobaldo II della Rovere as representation venue of the court, and Palazzetto Baviera, which was built in the 14th-century and finished with a Renaissance touch. Foro Annonario is one of the liveliest places of Senigallia. It is a Neoclassic complex surrounded by an arcade with thirty Dorian brick columns, twenty-four in the lateral exedrae and six in the central body. Every day, the fish market, together with the fruit and vegetable market, is organized here. Don’t forget to take a stroll along the sea promenade at sunset (Km 25 from Lo Svevo).

keyboard_arrow_up
We use cookies to make sure you can have the best experience on our site. If you continue to use this site we will assume that you are happy with it.OkPrivacy & Cookies policy